Increase the success of Small Servings. I started my blog in March off 2011 to share my life and my talents. I write about cooking, dining out, products I like, and some of the creative work I do. I have been given some great opportunities in 2012 to promote my blog and what I do as the owner/creator of Small Servings.

With a new year comes a new opportunity!

I am excited to announce I have a new webpage. At the end of 2013, I learned how to create websites and took the time to work on one for Small Serving. In addition to my own site, I have my first customer, Perez Custom Designs, to build a site for.  Please take a moment to visit my site, which will include a blog.

Email ThisBlogThis!Share to TwitterShare to FacebookShare to Pinterest
Labels: My Lucky 13

When I was younger my family used to go to my grandparents’ house in Belleville, Michigan for Thanksgiving. I usually was stuck sleeping on the floor, but I made sure I was by the TV so I could turn it on first thing in the morning and be ready for the parade. 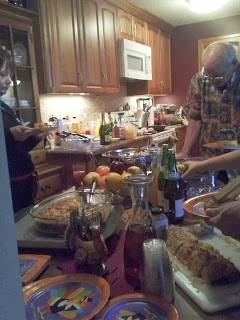 As I got older, I continued lounge around on Thanksgiving morning in my flannel pajamas, drinking coffee, and watching the Macy*s Thanksgiving Day Parade. Five years ago I came up with the idea to invite family and friends to join me for lounging, breakfast, and parade viewing. It is a great way to spend time with friends before everyone heads off to their family events for the day. My guests are invited, and encouraged, to show up in their pajamas or lounge wear. (And they do!)

2013 marks the 87th Macy*s Thanksgiving Day Parade to officially kick off the holiday season. 50 million people at home tune in to see performances, one-of-a-kind floats, and the giant balloons.

2013 marks the 5th Macy*s Thanksgiving Day Parade Breakfast at my condo. Approximately 20 – 25 people at my home come to kick off the holiday season watching the parade while enjoying breakfast foods and sipping a beverage from mimosa,
Bloody Mary, coffee, and/or the juice bar. 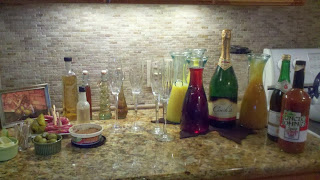 It's official!! My 5th Annual Macy*s Thanksgiving Day Parade Breakfast is going to be an international event! 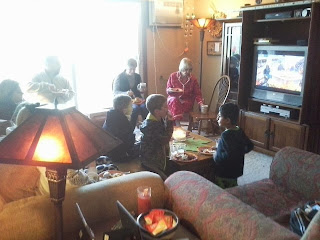 People Who Inspire Me